V is for Vashti 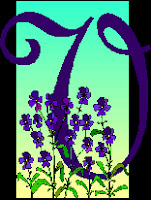 “Queen Vashti also gave a banquet for the women
in the royal palace of King Xerxes.” Esther 1:9 nlt

Vashti, whose name means beautiful, probably was quite beautiful as she was married to the powerful King Xerxes I (aka Ahasuerus) who ruled over 127 provinces from India to Ethiopia. They lived in the citadel in Susa—one of several Persian Empire capital cities (an interesting study of its own).

We meet Vashti in the opening chapter of Esther when she and the king entertained many of the Persian dignitaries—princes, attendants, army officers, and nobles—for a seven-day gala. The finest white and violet linen draped the marble columns of the courtyard. The couches of gold and silver lined decked the mosaic pavement made of porphyry (a reddish purple rock), marble, mother-of-pearl and other precious stones. The distinguished guests drank an abundance of royal wine from golden goblets, while Queen Vashti held a banquet of her own for the wives of the dignitaries in the palace.


After seven days of celebrating, Xerxes, in high spirits, ordered seven servants to bring Vashti. He wanted to parade her beauty before his distinguished visitors.

But the queen refused.

The king of Persia was furious. In his anger, he called the royal experts of the law and customs to discuss punishment options for her disobedience. The seven wise men of the province determined that according to law, she not only wronged the king, but also the princes and people because if her conduct became known in the land, other women might behave with contempt to their husbands.

They determined a law be written for all of Persia and Media, which could not be revoked or altered, that Vashti be banished from King Xerxes’ presence and that the king would choose another queen more worthy than she. Xerxes and his nobles were in agreement. He signed the decree, published it, and sent it throughout the vast empire.

Some time later, when the king’s anger waned, he regretted his order. His personal servants suggested he begin the search for a beautiful young woman among the virgins of the kingdom.

And so ends the story of Vashti. What a sad ending to a beautiful woman’s life.

To an American woman like me, it doesn’t seem fair. My society says she has the right to refuse her husband’s request. Yet, a part of me knows how she humiliated him and his status.

When I compare her to the noble, virtuous woman of Proverbs 31, I question my society’s reaction. Because of this woman’s dedication, her husband was well known and respected among the civic leaders (verse 23). Therefore maybe the wise men of Susa were correct in their concerns that if Vashti were not punished wives across the land would treat their husbands disrespectfully.

Email ThisBlogThis!Share to TwitterShare to FacebookShare to Pinterest
Labels: A-Z Challenge, marriage, Women of the Bible