R is for Rhoda

(yes, I’m a few letters behind, but life got crazy and…well, you know)
Women of the Bible from A to Z series 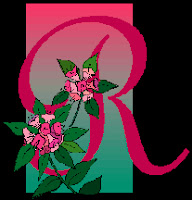 “…When he knocked at the door of the gate, a servant-girl named Rhoda came to answer….”Acts 12:13

This is not Rhoda Morgenstern from the Mary Tyler Moore show I’m talking about, but I do find this biblical Rhoda as a great scene in the sitcom.

Chapter 12 of Acts opens with Herod the king having James, the brother of John (Matthew 4:21) killed. He arrested Peter and threw into prison. (This isn’t the humorous part.)


While Peter sat in jail, the people of the local house church prayed fervently through the night. An angel of the Lord appeared to Peter and released his chains and led the apostle to freedom. Peter wasn’t sure if the angel was real or dream, but he followed the heavenly being through the gate and out into the city. The angel disappeared. The grateful man hurried to the home where the pray-ers met. (This is exciting and praiseworthy, but not the amusing scene.)

As the opening scripture tells us, Peter knocked on the door. When Rhoda, the servant-girl, answered the door, a familiar voice announced who he was. Instead of opening the door, Rhoda was so overjoyed she left the very man they were praying for outside. She ran to tell the others. I’m sure she shouted, “It’s Peter. Peter is at the door. God heard our prayers!” In the meantime, the man who walked on water for a moment with Jesus continued to knock on the door. (Now, to me, that is a funny scene.)

Rhoda, which means rose, makes me smile. I picture her as a beautiful young woman, easily excited, and probably quite embarrassed for living Peter out on the doorstep. It is also a snapshot of God’s sense of humor…because this piece of information is not inspiring or important to the greatness of how God released Peter.