D is for Drusilla

“After some days Felix came with his wife, Drusilla, who was Jewish, and asked for Paul to be brought to him. He listened to Paul talk about believing in Christ Jesus.” Acts 24:24 ncv 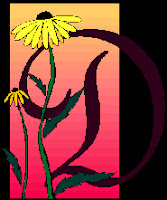 The name Drusilla is and always has been an uncommon name, however my elementary school principal’s first name was Drusilla. Her friends called her Dru (Drew). She was a happy, loving strong Christian lady. As a principal, her smile made her charges feel loved and safe. When someone misbehaved, she laid a gentle yet firm hand on their shoulder and spoke truth. The name means strong, sturdy, fruitful, and dewy-eyed—a pretty good description of Principal Dru.

On the other hand, the Drusilla mentioned in Acts lived in a harsher world.


She was the third and youngest daughter of King Herod Agrippa (Acts 12:1-4, 20-23), a man who mistreated the early Christians, ordered the apostle James (brother of John) to be killed by the sword, and then arrested the apostle Peter. The king later declared of himself, “This is the voice of god, not a human!” Because he didn’t give God the glory, an angel of the Lord immediately caused him to become deathly sick. He as eaten by worms and died. (Yuck!)

Drusilla was also the wife or mistress of Governor Felix who put Paul in jail upon the conclusion of Paul’s defense case (Acts 24:10-21). Drusilla, of Jewish descent, was present at Paul’s second hearing before Felix. When Paul spoke about believing in Jesus Christ and living a righteous, self-controlled life, Felix, Drusilla, and the other Jews in attendance became afraid. The governor ordered him to “Go away.” And so began the imprisonment of Paul for preaching the Gospel of Jesus Christ.

According to Christian Answers, Drusilla along with a son perished in the eruption of Mount Vesuvius in A.D. 79; another horrible death.

I must say, I like Principal Dru a lot better than the daughter of Agrippa and wife of Felix.