I is for Iscah 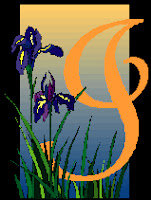 “…Abram and Nahor both married. The name of Abram’s wife was Sarai, and the name of Nahor’s wife was Milcah. (Milcah and her sister Iscah were daughters of Nahor’s brother Haran.)"
Gen. 11:29

Iscah’s father, Haran was one of two brothers of Abram [Abraham]. Her sister, Milcah, who married their uncle Nahor, and a brother Lot. Her father, Haran, died before his own father, Tereh. More then likely she went to live with one of her two uncles, but we’re not told for certain. We do know her sister married their uncle. Lot traveled with their grandfather Tereh and Uncle Abram from Ur to Haran (I assumed named for his deceased son) in Chaldea.


Iscah was a member of a very significant family, yet we know nothing more of her life. Some scholars suggest Iscah might have been another name for Sarai, Abram’s wife, but most discount this theory. Many believe, however, she could be the wife of Lot who “looked back…and became a pillar of salt” (Gen. 19:26) because her name means to watch, observe, or foresight. It was not uncommon for siblings or half-siblings to marry during this time. Again, no confirmation only speculation.

Shakespeare named the daughter of Shylock, the Jewish merchant in “The Merchant of Venice,” Jessica, which is thought to be derived from Jesca or Yiskah, the Hebrew name of our Iscah.

So, in my imagination, I think Iscah was a curious child who searched places she shouldn’t have been. Maybe her distinguished family used her keen observations as they moved into the new lands. But, I’ll probably never know for sure.

What I do know is I like inquisitive people. It’s a great way to learn. It goes well with my recent blog piece called “Stay Teachable.” Of course, as the old saying goes, “curiosity killed the cat”…or Lot’s wife.

Are you a watchful, observant, curious, inquisitive person? If so, has it benefitted you or gotten you into trouble?

Email ThisBlogThis!Share to TwitterShare to FacebookShare to Pinterest
Labels: A-Z Challenge, teachable, Women of the Bible