L is for Lydia 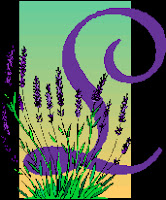 “On the Sabbath day we went outside the city gate to the river where we thought we would find a special place for prayer. Some women had gathered there, so we sat down and talked with them. One of the listeners was a woman named Lydia from the city of Thyatira whose job was selling purple cloth. She worshiped God, and he opened her mind to pay attention to what Paul was saying. She and all the people in her house were baptized. Then she invited us to her home, saying, "If you think I am truly a believer in the Lord, then come stay in my house." And she persuaded us to stay with her.”
Acts 16:13-15 ncv


Thyatira, a wealthy trade city in western Asia Minor, on the borders of Lydia and Mysia, and is listed among the seven churches in Revelation. Its modern name is Ak-hissar (aka White Castle) Turkey. It was and still is a city famous for dyes. Among its ruins are inscriptions relating to the guild of dyers of ancient times.

Lydia met Paul on his second missionary trip in the city of Philippi. Tradition has it; she and her husband may have been involved in selling of purple dyes and fabrics. At some point they moved from Asia Minor to the city of Philippi in Macedonia probably due to the east-west trade route, the Egnation Highway, between Rome and Asia.

After hearing Paul speak, she became the first in Europe who embraced Christianity. She was a person apparently of considerable wealth, for she could afford to give a home to Paul and his companions.

Her name means “noble kind or noble sort,” which goes along with her purple dyes. Lydia is also the name of the city near her home town, and the city of King Midas—the one with the midas touch.

[This is short and to the point today, because I’m sitting at a hotel at a writers’ conference…and I my brain is drained!]