Interview with the author of "Fields of the Fatherless"


Recently I had the privilege of receiving a pdf copy of Elaine Marie Cooper’s most recent book, Fields of the Fatherless, and posted my review last week. Today, I have the privilege of sharing my recent interview with the Elaine about the book and her writing journey. 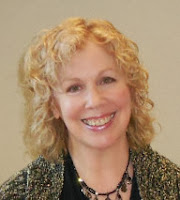 Novelist Elaine Marie Cooper is the author of The Road to Deer Run, The Promise of Deer Run and The Legacy of Deer Run. Her passions are her family, her faith in Christ and the history of the American Revolution, a frequent subject of her historical fiction. She grew up in Massachusetts, the setting for many of her novels, including Fields of the Fatherless released this month. She is also a contributing writer to Fighting Fear, Winning the War at Home by Edie Melson, and I Choose You, a romance anthology.

The award-winning author is married with two grown sons and is the very proud GiGi of triplet grandchildren. (Their birth coincided with the arrival of her first shipment of her first published novel in 2010—she calls it “the best delivery day ever.”) Elaine is also a hopeless animal lover who can’t resist rescuing homeless animals…but her sweet, yet practical, husband keeps her adopting habits in line. 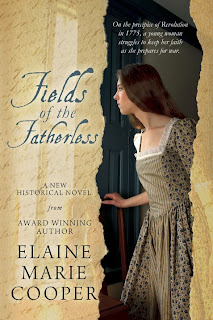 Now, about the book … As the back cover describes it
In the early months of 1775, war is brewing in the American colonies. Although frightened, eighteen-year-old Betsy Russell of Menotomy Village, Massachusetts, wants to be prepared in case of attack by the British troops.
Her father, prosperous farmer Jason, is the fourth generation of Russells on this land—yet their very rights as British Colonials are being stripped away one by one. Will the King of England take the Russells’ land as well?
Tensions are growing here in the countryside west of Boston and the outbreak of battle seems almost a certainty. Jason desperately wants to protect his family—his wife, children and grandchildren—and their future. Betsy makes every attempt to be prepared for the worst.
But not even the American militia could have predicted what was about to occur—right on the Russells’ doorstep. If Betsy loses everything she holds dear, are the rights of all the Colonists endangered?  (Based on a true story.)
_____________________________________________

Me:  Thanks, Elaine, for agreeing to this online interview…and thank you for writing such an interesting, informative book.

Elaine:  Thank you for having me, Merrie! I am blessed to be here.

Me:  As I read through the manuscript you sent me, I kept wondering (1) why did she choose to write this; and (2) why don’t I ever remember hearing about the battle of 1775 in Menotomy, (aka Arlington) Massachusetts before? Even though I think you answer both questions in your author’s notes at the back of the book, I’d love for you to tell my readers about some of your personal discoveries and research exploration.

Elaine:  Research is the “name of the game” when it comes to historical accuracy… and I am just
enough of a history geek to thoroughly enjoy the process! Although I grew up right down the street from the site of this battle, I never actually toured this historic house until 2012.

Since I live in the Midwest now, my husband and I planned that visit at the same time I was doing a book signing in western Massachusetts from my previous release. We drove clear across the state closer to Boston and I eagerly anticipated our visit with the Administrator of the Arlington Historical Society. I drank in the historic atmosphere like a thirsty desert-dweller, taking notes as I went (I unfortunately was not allowed to photograph inside; many historic sites do not allow it).

I walked up the narrow curved stairway that Betsy and her family trod upon, saw the bricks that held the fires stoked by Mrs. Russell, and gazed with awe at the bullet holes that still testify to the terrible battle. It was inspiring to say the least.

The historical fact (or lack of facts) that really stands out is how little information there was about the real Betsy. She is listed in the town records and in genealogies but there was NO personal information about the young lady. I even went to ancestry.com to try to find some ancestor that might have knowledge. There was nothing. So all of her diary entries are from my writer’s imagination. I had to “create” Betsy Russell, based on the life of young ladies who lived at that time.

Me:  Elaine, you did a great job creating description of the battle and aftermath scenes without being too graphic. Was that tough to do? Where did you get your inspiration?

Elaine:  I suppose it was a combination of factors. I read accounts of the battle and was horrified by the descriptions. I tried to instill that horror into Thomas’s retelling to Betsy.

Watching the movie “The Patriot” with Mel Gibson gives a visual glimpse into the graphic nature of that kind of war. The images in that movie are unforgettable.

Although I’ve never experienced a battle firsthand, if one truly contemplates the emotions that would play out inside a person’s heart and soul, it becomes a natural flow into the words to show the aftermath of pain and sorrow.

And though many Christian novels tend to play down the intense bloodshed during war, I felt that softening the facts would not serve my readers. War is a terrible thing and the price our ancestors paid for our freedom should not be whitewashed or unappreciated.

Me:  I’ll admit, I haven’t read any of your Deer Run Saga books, so please, tell us about them?

Elaine:  No worries, Merrie! There are so many books that I want to read myself. We can’t read them all!

The Deer Run Saga is a three part series that starts in the American Revolution (1777). It begins with a wounded British soldier who escapes from a line of prisoners being taken to camp. He goes into the woods thinking he will die but, instead, is rescued by a Colonial farmwoman. Adventures ensue and romance as well.

The three books cover two generations of the family, with recurring characters throughout. All three books have won awards; the most treasured being the 2012 Los Angeles Book Festival award for Best Romance given to Book 2, The Promise of Deer Run. I praise God for these acknowledgements of my writing because it has been a long road on this writing journey.

The storylines in this saga were inspired by my own ancestors from Western Massachusetts. My 4th great grandfather actually was a British redcoat who escaped from a POW line and met and married a young farmwoman.  (Oh, the romance! LOL)

These books (like Fields of the Fatherless) are appropriate for teens and adults, but not young children.

Me:  For someone interested in writing their own historical story, what advice would you give them?

Elaine:  That is a great question, Merrie, and I think the best advice to give writers who want to tackle historicals is to be REAL. Don’t change history for the sake of pleasing an audience.

That does not mean that you have to share every graphic detail. But times were different in “the old days.” In Colonial America, the people avoided drinking water as it tended to make them ill (not surprising, since they did not understand contamination from all sorts of microbes). What they did drink was hard cider and ale. The women were given wine during labor to help them in their pain. There were no epidurals in Colonial America! While that may sound ridiculous, the point is, you can dress up your characters in colonial garb and give them 21st century sensibilities and ideals—but is that truly a historical?

The only other advice I would give (besides reading everything you can get your hands on) is to find trustworthy historians that are knowledgeable about the life and times of the era and locale you are writing about. Most historians are delighted to find others who share their passion for all things historical!

Me:  So, what’s next in your writing adventure? 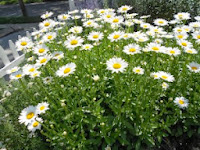 Elaine:  I am taking a brief hiatus from writing historicals in order to pen a memoir. It will be a non-fiction about my daughter’s battle with brain cancer. I felt the Lord lay this story on my heart over 2 years ago at a Christian Writer’s conference. I had long resisted taking on this painful project but I felt the Lord’s reassurance that He would give me the strength. And He is.

I pray that my journey with my daughter through the last two years of her life will in some way, help other families going through this trauma. Since I’m a Registered Nurse, my perspective on ways to be an advocate for your loved one/patient might add an element of empowerment to families. I pray that it does. (READ Elaine's tribute to her daughter)

After that, I plan to return to 18th century Massachusetts. Lord willing.

Me:  That will be a tough one to pen, but I agree, a necessary one. I look forward to reading it…with a large box of tissues at my side. Thanks again, Elaine, for sharing a bit more about you, your books, and your writing experience.

Readers, if you have more questions or want to leave a comment for Elaine, you may post them below, and I'll be sure that she sees them. Otherwise, be sure to order a copy of Fields of the Fatherless or the Deer Run Saga books in paperback or Kindle at Amazon.com (a click on the underlined title will take you there).

(Elaine’s freelance work has appeared in both newspapers and magazines, and she blogs regularly at http://ColonialQuills.blogspot.com,  http://AuthorCulture.blogspot.com  and http://www.NovelPASTimes.com.)