Now that the Voting is over… 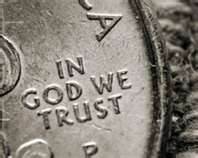 "Everyone must submit to governing authorities.
For all authority comes from God,
and those in positions of authority
have been placed there by God." Romans 13:1 nlt

Thank You! Thank you for praying and fasting for the 2012 US elections. The outcome is God’s will for His purpose. HE places all elected officials in their positions of authority.


The election process in the USA is fun for the political junkies and unbearable for the less interested. Campaign ads and robo calls rise as the day approaches. The morning and evening news plaster the screen with charts, maps, and statistics. Poll results change daily depending upon their slant. Scorn grows between Facebook friends and family.

However in my entire lifetime, I have never sensed such division between the left and right, democrat and republican, liberal and conservative. The line was quite clear. Now that the Voting is over, we either rejoiced or mourned.

No matter your political views or emotional state of mind; remember, our hope is in the Lord not our government. Jesus is our Savior, Provider, Protector and Great Physician. 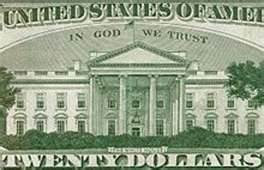 “So be strong and courageous,
all you who put your hope in the Lord!”
Psalm 31:24 nlt

“Put your hope in the Lord.
Travel steadily along his path…”
Psalm 37:34 nlt

“How blessed is he whose help is the God of Jacob, whose hope is in the Lord his God,
who made heaven and earth, the sea, and that is in them; who keeps faith forever;
who executes justice for the oppress; who gives food to the hungry.
The Lord sets the prisoners free.” Psalm 146:4-7 nasb

No matter the earthly, elected officials, GOD still sits on the throne.
HE still conducts HIS business for HIS will, HIS purpose, and HIS glory.

“I believe in the United States of America as a Government of the people by the people, for the people, whose just powers are derived from the consent o the governed; a democracy in a Republic; a sovereign Nation of many sovereign States; a perfect Union, one and inseparable; established upon those principles of freedom, equality, justice, and humanity for which American patriots sacrificed their lives and fortunes.

I therefore believe it is my duty to my Country to love it; to support its Constitution; to obey its laws; to respect its flag, and to defend it against all enemies.” ~ The American Creed, written by William Tyler Page, accepted by the United States House of Representatives on April 13, 1918